A homebuilt MOS 6502 based microcomputer system 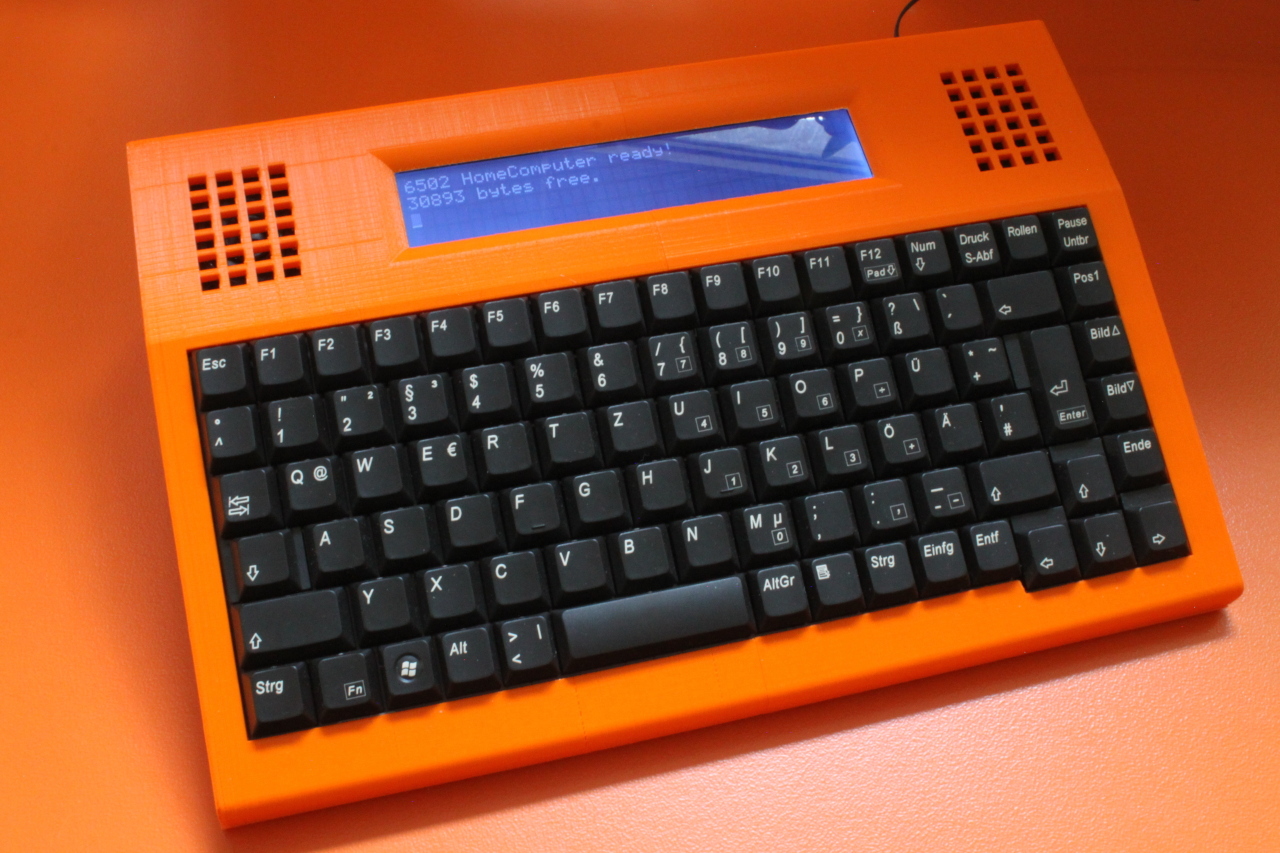 If you like retro computer builds, especially ones with an 8-bit MOS 6502 CPU, this project could be of interest to you.

I've often started but haven't completed it until now because i knew that it would take quite some effort: build a simple microcomputer system with a 6502 CPU that was used in many popular home computers of the 1970s and 1980s like the Commodore 64 or the Apple II.

This project started with basic circuit designs on a breadboard, went on with the production of a PCB, the development of some firmware software, and finally finished with a custom designed 3D printed case. So the final result is a professional looking computer system and since it is battery powered it resembles some kind of mix between a C64 and an Epson HX-20.

In addition I have published a short seventeen part article on my website that illustrates the development process from a 1 MHz oscillator on a breadboard up to the finished product. All the schematics, PCB design files, and the source code are released under open source licenses on Github. The repository also includes the various versions of these files, so that you can retrace my design progress.

Feel free to head over to my website and read more about this 6502 microcomputer project!

3D printed panel for a Raspberry Pi with 7" Touch Display